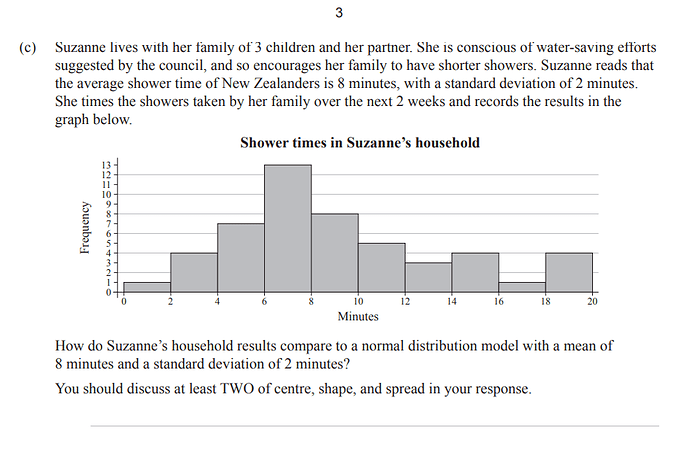 I must admit, Suzanne is a very peculiar woman, imagine Mum waiting in the bathroom with the clock and later creating graphs about all of that.

Anyway, to the topic. First, you can use your graphic calculator to find the summary statistics for this graph. (See guide at Level 2 Probability External 2020 Worked Solutions AS91267 - YouTube) Then you can make comments:

Overall, these results do not approach a normal distribution due to the right skew.